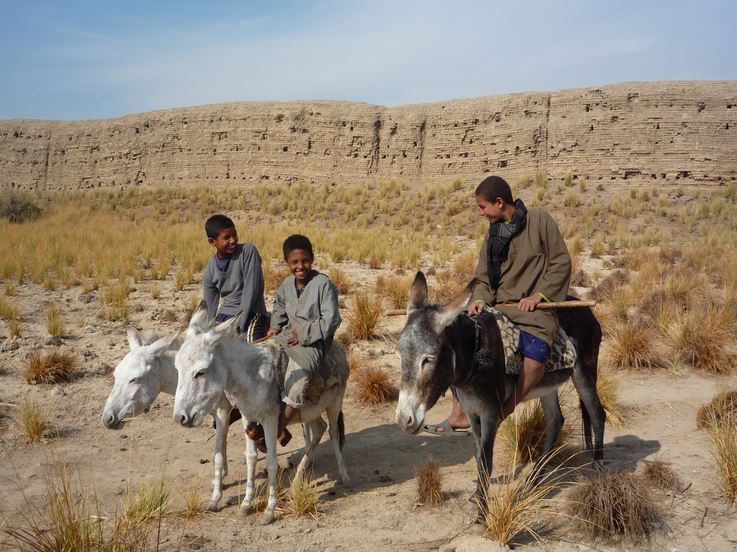 Located about 52 kilometers south of Luxor. The Greek name for this town was Latopolis for the many fish (lates) in the Nile. Esna became more important during the 18th Dynasty due to Egypt’s developing relationship with the Sudan. Later, the city slowly declined but rose to importance again when it became the capital of the Third Nome of Upper Egypt during Greek and Roman times.

The Temple of Khnum in Esna
The main attraction is the temple of Khnum which lies on a lower level than the surrounding buildings. Most of the ruins around the temple and the old city are yet to be explored as they lay burried beneath buildings of later times. Khnum was not the first temple here; during the reign of Thutmose III an earlier temple was built on this site. Stone blocks from an early Christian church in the forecourt of the temple show that Esna once was an important Christian center. Carved cartouches of Emperor Marcus Aurelius were found on stones of the quay near the Temple of Khnum. All that remains of the temple is the great hypostyle hall. Building of the temple began under Ptolemy VI but was completed by the Roman emperor Claudius. The rectangular hall opens to the west. The roof is still intact, supported by 24 columns decorated with a series of text recording hymns to Khnum and relating the annual sacred festivals of Esna with scenes illustrating the surrounding countryside.