Location: Dubai is one of the seven emirates, which form part of the United Arab Emirates, located on the oriental coast of the Arabian Peninsula. The neighbouring countries are the Oman Sultanate on its east, Saudi Arabia to the South, Qatar to the west and to the North, on the other side of the Persian Gulf, Iran.

Population:
As a genuine rainbow country, Dubai has only a small minority of natives. 80% of the population is made up of expatriates. The city has 1,2 million of inhabitants and this number is constantly growing.

Religion:
The Arab population is most obviously Muslim. The foreign communities represent the other principal religions.

Climate:
Hot and humid. Rain is rare and irregular.

The best period stretch from October to May, with temperatures ranging from 24° to 34°C during daytime.

The summer months must absolutely be avoided (June, July and August), during this period the thermometer spiral out of control and can reach 50°C!

Language:
The official language is Arabic, but English is fluently spoken.

How to get there:
The international airport of Dubai (code DXD) is easily accessible from almost all regions in the world; it is served by more than 100 airline companies!

Passport/ Visa:
For European, Swiss or Canadian citizens holding a valid passport at least 6 months after the date of issue, a visa is delivered freely at the airport for a duration of 60 days.

Vaccination:
No vaccine is required.

Clothes:
Avoid clothes that are too revealing in the city. Respect the Islamic traditions especially during the Ramadan period. Even if the women are not under the pressure of wearing the veil, they have to adopt appropriate clothing.

Habits and customs:
During the Ramadan, eating, drinking or smoking in public during the day is an offence risking jail or a fine.

Security:
A peace haven! The criminality rate is among the lowest in the world.

Road Traffic:
The road network is excellent, but the traffic is quite dangerous due to the careless driving of many.  Driving is on the right-hand side of the road.

Shopping:
Bargaining is a common and familiar practice in souks but not in the big commercial centres. All shopping are duty-free.

Visits and excursions:
Numerous circuit choices are present to discover the town, the
desert, mountains and neighbouring Emirates. Visits are organized aboard 4X4, boats or for the wealthier, in helicopters or hot air balloons. 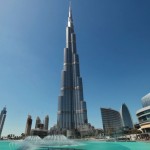 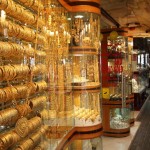