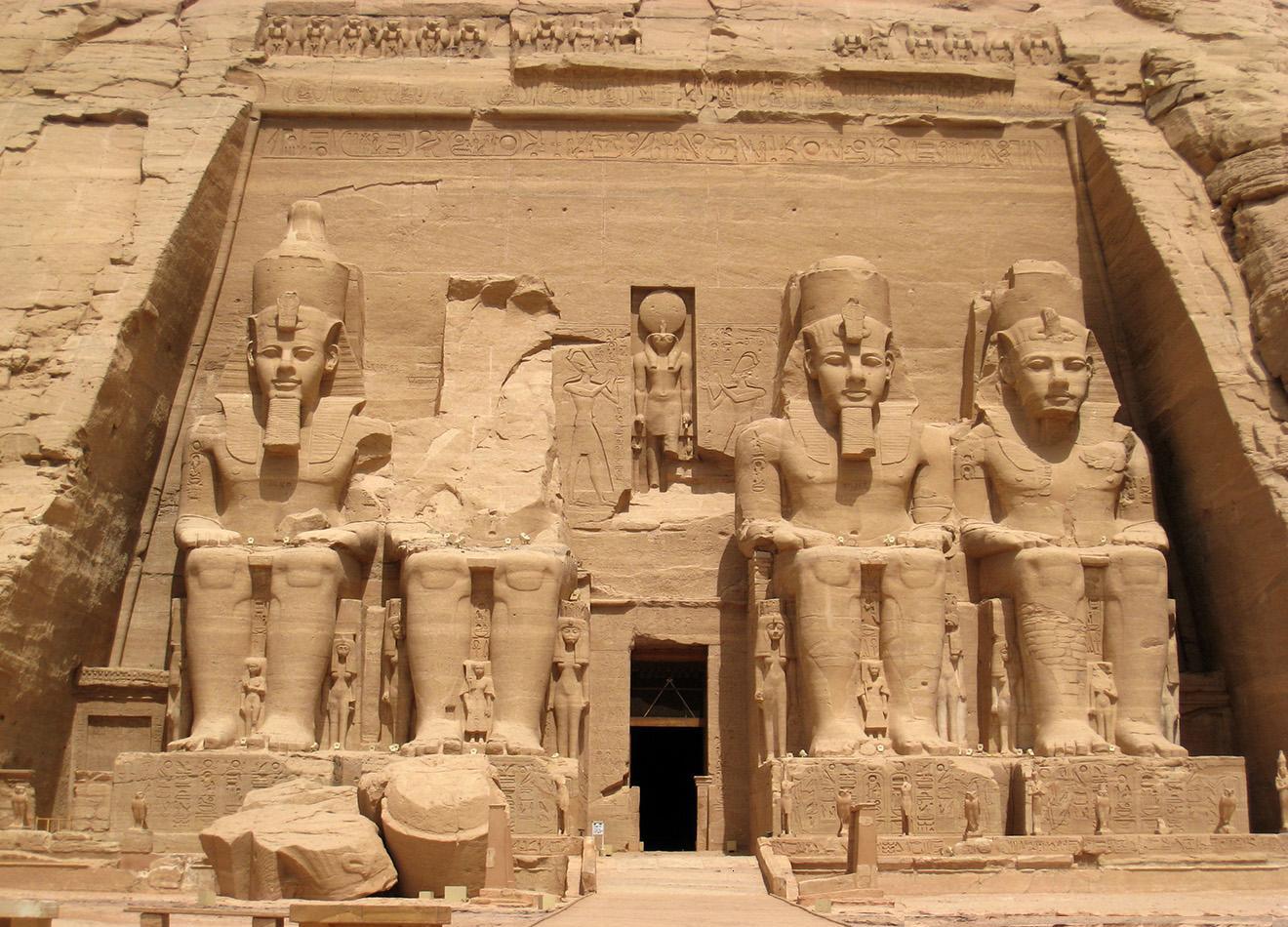 Lies south of Aswan On the west bank of the Nile, 288 km south of the First Cataract in what was Nubia. The place was known as Meha in ancient times and was first documented in the 18th Dynasty, when Ay and Horemoheb had rock chapels hewn into the southern hills.

Built the two great temples of Abu Simbel, one for himself and one for his Nubian wife Nefertari. The two temples in Abu Simbel are some of the most magnificent monuments in the world. The temples face east to receive the rays of the rising sun. Only twice a year the sun shines on the face of the King: once on his birthday and once on his coronation day.

It is still a mystery to archaeologists how the ancient Egyptians could have designed and built such miraculous monuments. In 1964 they were endangered by the rising waters of Lake Nasser due to the construction of the High Dam. The Egyptian government secured the support of UNESCO for the rescue of the two temples.

The temples were cut into more than 2000 pieces and then re-built on a location nearby but 60 meters above the original site where they had been built more than 3,000 years before. An international team of more than 3,000 specialists worked on this project. It took $40 million to complete; one of the most ambitious relocation projects in history.

When visiting Aswan, you should not miss seeing the Temples of Abu Simbel located 300km southwest in the Nubian Desert on the banks of Lake Nasser not far from the Sudanese border. You can reach Abu Simbel by aeroplane or by Hydrofoil, a hoovercraft boat.

The temples were built about 1250BC under the reign of Ramses II. The Great Temple is consecrated to the Gods Amon Re, Re-Harachte and Ptah, the smaller one is a Hathor-Temple for Nefertari, the wife of Ramses. For the ancient Egyptians Hathor